Not the style of engine with 3 pistons on each side.
A step from International Quickstep with a lock step on each side.
The best way to learn something thoroughly is to teach it. I have it if they do.
Posted by Ellen at 6:18 AM No comments:

Here comes August!
This Sunday's dancing at the air conditioned Conservatory in Falmouth will be as good as ever, and a nice break for me. The company has been thick and furious. Not really furious, but lots of them, and enjoying themselves in their own ways - teenagers from the West Coast staying up until 4 AM with the computer. They are just on the screen porch using our wi-fi, but it's odd to realize this as dawn is breaking and sleep departing from my brain. They leave tomorrow.
Posted by Ellen at 5:29 AM No comments:

I still have Dancing with the Stars, so that was the chosen viewing for the summer company who asked what it was all about. I chose the semifinal of last season, featuring Maria Menuno's Argentine Tango and William Levy's Samba as highlights. Biggest question: "Which one is the pro again?"
I would never watch a new show with them - way too chatty.
Posted by Ellen at 5:54 AM No comments:

Ballroom didn't fare as well this week - the dances were judged weak even though the judges still believed in the dancers. I went back to watch again and just watched feet and got the same feeling. The body shapes were as good as ever.
The dancers get their votes from these performances, which we will have forgotten before they come back from the Olympics break.
I was partial to Matt, the young man who began dancing at age 16, coming from golf, but the salsa was weak.
We said farewell to the only African American girl in several seasons, which was too bad. Her dance for the show, to "Dr Feelgood", was overly sexy in my opinion. Her partner in that dance, Brandon, was "not saved" either.
The judges hate that phrase "voted off."
Posted by Ellen at 6:00 AM No comments:

This one I finally noticed, and yet it has been ubiquitous for years.
Youtube videos denounce it

"I know, right?"said with a special intonation of uptalk.

Rumored origin: L.A.
Literal meaning: “Can you believe this thing we are talking about? It goes without saying, and yet we are saying it.”
Connotation: “We are all in agreement here. Also, I have never read Beowulf.”
Posted by Ellen at 6:46 AM No comments:

Why did I never hear this great tool for right turns? Maybe because Mary French was fond of saying "left shoulder lead" and then would correct the use of the shoulder alone, and that would be enough.
We don't all move in one piece, especially if we've taken belly dance lessons.
Posted by Ellen at 6:30 AM No comments:

"The Snow Ball" by A.R. Gurney

This 1980s period novel set in Buffalo, NY, includes 50s era cotillion scenes and a nostalgic revival of the winning dance by the talent of the day.
Quotes include the protagonist's mother telling him he was sent to dancing school when he was ten because, "that made you old enough to behave and young enough not to refuse."
Many scenes of a bad dance classes culminate in Jack, the talented young man from the other side of the tracks, leading Kitty, the pretty rich girl, well enough that they considered going pro.
I liked one metaphor. "Cooper knew from experience what it was like for a man and a woman to move well together on a common enterprise. The sounds and rhythms of his old domestic dance with Liz still echoed through their now empty house, through their present life."
Posted by Ellen at 8:06 AM No comments:

A nice scene, I thought. All ages, dancers and posers alike.
Funniest was the guy who did push-ups and then an interpretation of a beetle lying on its back.
Flipside did their rockin' blues with only a few numbers that went on and on.
I know why they set up the chairs as they did - so it would have the "concert" feel for non-dancers. I just would have preferred more floor space for the dancers if they had set the chairs up against the wall. There would have been enough seating, though the "concert-goers" might have felt like wallflowers.
Yay, Stellwagen Bank!
Posted by Ellen at 5:43 AM No comments:

Great show last night at the Trowbridge Tavern's Canal Room.
The floor is small for dancers, but at least it's there.
We hope the bar did enough business, knowing how dancers are.
August 16, they return, we hope with the same singer and guitarist, new band members.
Posted by Ellen at 10:57 AM No comments:

Who knew NASA was into my favorite activity (art? craft? sport?)

I discussed elbows with my teacher, Ron Gursky. Analysis of body movement is not easy with semantics, analysis of elbows included. Perhaps one should just say the dance frame should be as stable as possible.
Last night, an engineer getting ready for his wedding responded well to my emphasis on elbows, though he had trouble with the "shoulders down" part.
I had to sell him on formality, delivering my bit of a speech about the First Dance, using the ballroom hold, appropriate for a traditional event marking their new status in society.
Then I gave them some merengue, the easiest dance of all, informal, and fitting to his favorite music, Jack Johnson's "Better Together".
Posted by Ellen at 6:56 AM No comments: 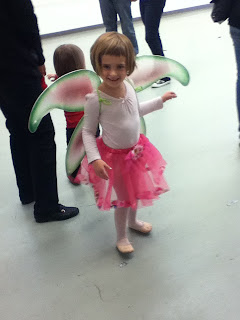 You can help yourself remember them with your cell phone (personal digital assistant), and you need to in the summertime with company on Cape Cod, unexpected or even expected, especially if your granddaughter is as fascinating as mine.
Posted by Ellen at 6:22 AM No comments:

This Morning, I Wanted Four Legs

Nothing on two legs weighs much.
or can.
An elephant, a donkey, even a cookstove -
those legs, a person could stand on.
Two legs pitch you forward.
Two legs tire.
They look for another two legs to be with
to move one set forward to music
while letting the other move back.
They want to carve into a tree trunk:
2gether 4ever.
Nothing on two legs can bark,
or whinny or chuff.
Tonight, though, everything's different.
Tonight I want wheels.

Thank the stars there's a day
each week to tuck in

the grief, lift your pearls, and
stride brush stride

quick-quick with a
heel-ball-toe. Smooth

easy as taking
one day at a time:

one man and
one woman,

rib to rib,
with no heartbreak in sight-

just the sweep of Paradise
and the space of a song

to count all the wonders in it.
Posted by Ellen at 6:43 AM No comments:

Psychologist David Schacter talking about memory: episodic for specific events, semantic for knowledge or facts, and implicit for skill one exercises automatically like speaking or riding a bicycle.
I try to use them all by writing notes for dance steps.
Hopefully, words trigger an episodic memory which taps into the unconscious muscle memory.
Surely the music puts the processing into motion, and the words in the music can work as cues for choreography. Activation.
Posted by Ellen at 6:29 AM No comments:

Bits of history:
I first saw the Cape Cod Conservatory recital hall for a modern dance class with Klara Koenig in 1985, before I started with ballroom.
Kurt and Roz (curtain rods) who taught in Sandwich for many years, told me, "Once a month is the right amount for dance students to go out on a weekend." They used Betsy's Ballroom Fridays once a month while Betsy had Saturdays.
Mid-nineties, My good friend Renee Ziegner, fellow member of CIABDA, helped me set up casual dances in Barnstable for the club, and said we should use the same Saturday each month, consistency being the best advertisement. We ran dances there for a few years until other members of the club took over, switching to Fridays.
In 2002, the new director of the Conservatory, an Arts Council friend, Annie Dean, added my monthly casual dances in Falmouth.
2010, the Conservatory merged with Cape Cod Symphony.
2011, the director noticed I was there at the same time as the parking lot was rented to College Light Opera Company, so I moved July and August to Sundays.
July 1, 2012, last night's danc,e was a lovely place to be.
Posted by Ellen at 5:45 AM No comments: